All details accurate as to early 2018. 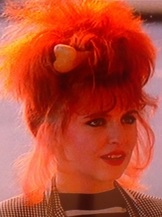 Jo's only formal acting experience at the time she was chosen for the main role in Starstruck was a stint in children's theatre. Sometimes uncomfortable in the limelight after her sudden ascent to fame, Jo proved her acting chops in theatre productions, and on screen via a number of edgier roles in low-budget films such as Tender Hooks (1988), for which she was nominated for an AFI Award, and Wrong World (1985). Her performance in the latter film earned her the prestigious Silver Bear for Best Actress at the 1985 Berlin International Film Festival - the only Australian woman aside from Nicole Kidman to ever take this honour. She later attended the Victoria College of the Arts to study film direction, producing and directing a number of acclaimed short films. Visit the dedicated Jo Kennedy page on this website for more articles about her later career.

﻿Where Are They Now?﻿

Jo is the founder of Focusing Australia, where she is a teacher and practitioner of a method of meditative psychotherapy known as Focusing. 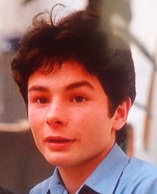 Gillian Armstrong admitted that casting the role of Angus was one of the most difficult tasks of the entire production. "Finding a 14-year-old boy with the mind of a 30-year-old is not easy," she said to the Sydney Morning Herald. "He's such a unique character and so many boys are introverted at that age." In fact, Ross O'Donovan was 17 years old at the time of filming, and would graduate high school the following year (perhaps wearing blue made him look shorter), but Armstrong described him as 'very close to the character'. Like Jo Kennedy, his previous experience was minimal. A small part in the 1983 film Phar Lap remains his only other big-screen credit. He also appeared in the television series Home (1983).

Ross now works in the areas of health advocacy and mental health. He and his wife live in Queensland and have eight children. 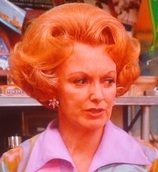 Having initially trained as a concert pianist, Margot instead became a well known actress in early Australian radio serials. She made her film debut in 1949's Into The Straight, and became one of Australia's earliest television stars, appearing in The Twelve Pound Look in 1956, the first drama ever to be broadcast on ABC Television. Though she was wooed by Hollywood, she decided to place her family first. Margo was still prominent in the television and theatre world when she played the role of Jackie's mother in Starstruck, which coincided with her 40th year in show business.

Sadly, Margo became ill not long after completing Starstruck, which was her final movie role. She died of cancer in 1987. 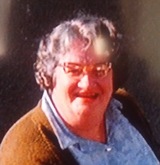 The New Zealand-born Pat Evison's professional acting career began when she was awarded a scholarship to London's prestigious Old Vic Theatre in the 1940s. She later appeared in numerous stage productions. Pat was a latecomer to the big screen, but won an AFI Award for her role in the feature Tim (1979). Just prior to appearing in Starstruck, she was appointed an Officer of the Order of the British Empire for her services to the theatre. Her autobiography, Happy Days in Muckle Flugga, was published in 1988. Pat specialised in 'larger than life' characters, and became best known for her role as Violet in the TV series The Flying Doctors.

Pat passed away in 2010, shortly before her 86th birthday. 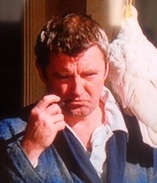 After pursuing an early career as a newspaper artist and journalist, Max Cullen began to build up a profile as a stage character actor in his early 20s. He made many appearances on television before taking his first major film role in Sunday Too Far Away (1975). Since then, he has become one of the most recognisable faces in the Australian entertainment industry. An acclaimed painter, he has held numerous exhibitions of his artworks, and once acted as arts correspondent on Channel 9's Sunday show. In 2010 he published an autobiography, Tell 'Em Nothing, Take 'Em Nowhere.

Max continues to be kept busy by many roles in television, theatre and film. His most recent major film appearance was in Baz Luhrman's adaptation of The Great Gatsby (2013), while his stage play Dead Men Talking (2015) has proven a hit with audiences. 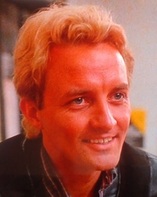 Though Starstruck marked John's big screen debut, he was already an experienced stage performer. He was born in Baltimore, Maryland and first arrived in Australia in 1972 after an unsuccessful period as a high school teacher. He played his first role in the musical Godspell in 1973, and within a few years was director of Melbourne's Arena Theatre. His subsequent CV ranges across nearly every aspect of the performing arts, including singing, acting, writing and directing, but particularly musical theatre. He is the recipient of two Green Room Awards, Australia's equivalent of the Tony. In 2012, he had a major hit with Opera Australia's Tony Award-winning stage production of South Pacific, in which he starred as Captain Brackett.

In recent years, John toured the world in a major production of the stage play The Last Confession, starring alongside David Suchet. He has subsequently appeared in the Australian season of the Life Like Company's production of Stephen Sondheim's Passion. 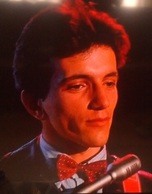 The Adelaide-born Ned first became known to Australian viewers as the roguish 'Hodgo', a popular character on the TV soap opera The Restless Years. He departed that role after less than a year, to gain more formal qualifications in acting. Aside from Starstruck, he played a prominent role in another Australian classic of the era, Puberty Blues (1981). By the time he appeared in Starstruck, Ned had already won an AFI Awards jury prize for Wrong Side of the Road (1981), which he co-directed. He has since moved entirely into direction and production. Between 2001 and 2009 he worked as a Commissioning Editor at Australia's SBS Television.

Ned has retired from acting and his current whereabouts are unknown. He is not to be confused with the independent director and producer of the same name.

Dennis's brief but memorable role as Angus's deadbeat Dad followed a television career extending back to the late 1950s, as well as theatre work with the Union Theatre Repertory Company (later the Melbourne Theatre Company). Aside from roles in the early Australian TV shows Homicide, Matlock Police and Division 4, he made small appearances in a number of Australia's most iconic films, including Stork (1971), Alvin Purple (1973), Emerald City (1988) and Evil Angels (1988, aka A Cry In The Dark), as well as popular shows of the 80s and 90s including A Country Practice, The Flying Doctors, and Water Rats.

Dennis has been inactive on both the small and big screens since ending his recurring role on the long-running TV series Blue Heelers in 2000. 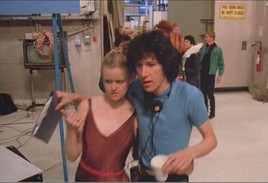 Future Oscar-winner Geoffrey Rush
A number of Starstruck's minor cast members would go on to become well known in the entertainment industry:


Other familiar faces that can be seen amongst the minor cast are Syd Heylen (famous for his role as 'Cookie' on A Country Practice) and Lucky Grilles (from the TV series Bluey, revived in comedy form during the early 1990s by ABC's The Late Show, as Bargearse).